15 of the Scariest Short Stories We've Ever Read

My Daughter Learned to Count.

I hate it when my brother Charlie has to go away. 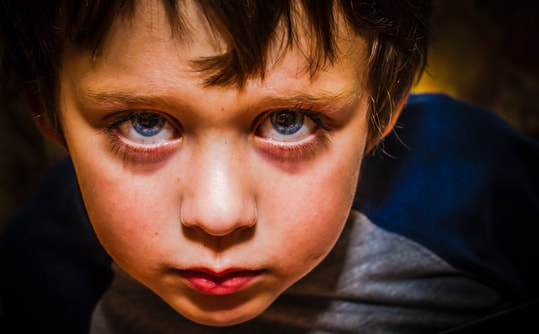 Flickr: thelotuscarroll / Creative Commons
I hate it when my brother Charlie has to go away.

My parents constantly try to explain to me how sick he is. That I am lucky for having a brain where all the chemicals flow properly to their destinations like undammed rivers. When I complain about how bored I am without a little brother to play with, they try to make me feel bad by pointing out that his boredom likely far surpasses mine, considering his confine to a dark room in an institution.
​
I always beg for them to give him one last chance. Of course, they did at first. Charlie has been back home several times, each shorter in duration than the last. Every time without fail, it all starts again. The neighbourhood cats with gouged out eyes showing up in his toy chest, my dad's razors found dropped on the baby slide in the park across the street, mom's vitamins replaced by bits of dishwasher tablets. My parents are hesitant now, using "last chances" sparingly. They say his disorder makes him charming, makes it easy for him to fake normalcy, and to trick the doctors who care for him into thinking he is ready for rehabilitation. That I will just have to put up with my boredom if it means staying safe from him.

I hate it when Charlie has to go away. It makes me have to pretend to be good until he is back.

He Stood Against My Window.

"The Moores are having a baby."

I glanced up from the table, surprised. "They got the okay?"

My husband nodded. "The paperwork came in today, so I heard." He lowered his eyes in sorrow. "Poor Joanna."

A bead of sweat dripped down my brow, landing on the cool, concrete floor of the bunker. I tried to remind myself to be thankful for this place, this concrete tomb, but it grew more difficult each day. Perpetuum Technologies, the company that sprung up just in time for the largest nuclear war the world had ever seen, had designed the vault to sustain one thousand people for as long as it took the surface to be inhabitable again.

A quiet cabin deep in the woods

He had been given the watch on his tenth birthday. It was an ordinary grey plastic wristwatch in every respect except for the fact that it was counting down. "That is all of the time you have left in the world, son. Use it wisely." And indeed he did. As the watch ticked away, the boy, now a man, lived life to the fullest. He climbed mountains and swam oceans. He talked and laughed and lived and loved. The man was never afraid, for he knew exactly how much time he had left.

Eventually, the watch began its final countdown. The old man stood looking over everything he had done, everything he had built. 5. He shook hands with his old business partner, the man who had long been his friend and confidant. 4. His dog came and licked his hand, earning a pat on the head for its companionship. 3. He hugged his son, knowing that he had been a good father. 2. He kissed his wife on the forehead one last time. 1. The old man smiled and closed his eyes.
​
Then, nothing happened. The watch beeped once and turned off. The man stood standing there, very much alive. You would think that in that moment he would have been overjoyed. Instead, for the first time in his life, the man was scared.

1. Back to StudentSpace for stories, debates, health articles...
2. WhatsApp Chat Story (horror): come out, come out, wherever you are.🔥​